It seems hardly conceivable that a complex of buildings around a single street would encapsulate a large number of aspects of a country’s 20th and 21st Century history. And yet, that is exactly the case for the buildings at Crailsheim’s Burgbergstraße. Crailsheim is a small town in the southwest of Germany. Burgbergstraße is the name of a street that passes through an originally Nazi-era air-force base.

Since the end of World War 2, the base’s buildings have served a number of purposes that included further military use (by both American and [West] German forces) but also housing for displaced people, refugees, and migrants. The refugees that arrived in 2015 are just the latest group of people looking for a home. This is the premise for Wolfram Hahn‘s book Burgbergstrasse.

A quick side note: Readers paying attention to detail might notice two spellings, Burgbergstraße and Burgbergstrasse. For the sake of simplicity, you can treat them as being identical. In the English language, there is no equivalent of the German “ß” letter, a letter that does not have an upper-case equivalent, that often is represented by doubling the letter “s”, and that in the past was also written as “sz” (in fact, that’s how “ß” is pronounced). If you really need to know more about “ß”, this has got you covered. In a nutshell, German(y) operates following the motto “why make it simple when you can make it complicated,” and “ß” is a perfect example for that. 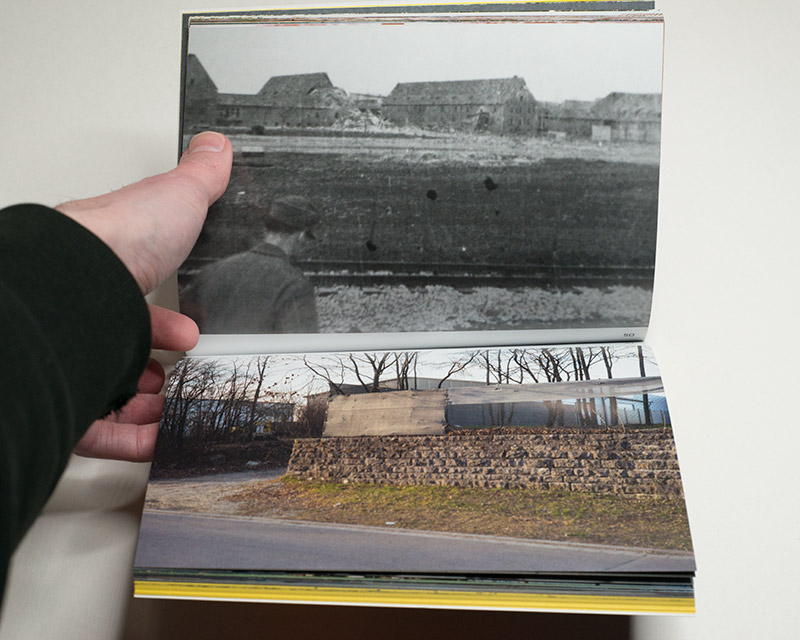 Burgbergstrasse makes use of both Hahn’s own photographs and found/archival pictures. The latter include photographs from institutional archives as much as people’s photo albums. The different types of images are usually (but not always) easy to tell apart. Thankfully, the book is visually not organized following a simple time line. In other words, it does not start out with the barracks’ construction and ends today. Instead, the book intermingles all the imagery, jumping back and forth in time. This is an apt choice, given that it allows the photographer to work out a number of themes.

As someone who was born in then West Germany and spent the first thirty years of his life there, I was struck by how familiar most of what I encountered in the book seemed to me. I have never been to Crailsheim (in fact, I had to look up where to find it on the map — my overall guess based on the name was correct). To begin with, encountering the buildings themselves was uncanny in the most basic (Freudian) sense of the word: I felt that I know them even if I had not encountered these specific ones.

The town I was born in had rows of similar buildings (even as those were simply apartment buildings). At the time I grew up (the 1970s and early 1980s), there was something about them that felt as if it had come from a different time, a contrast possibly enhanced by the fact that my parents lived in an apartment building that had been erected in the late 1960s and that looked different. For a lack of a better term, the older apartment buildings with their squat nature felt brutal. 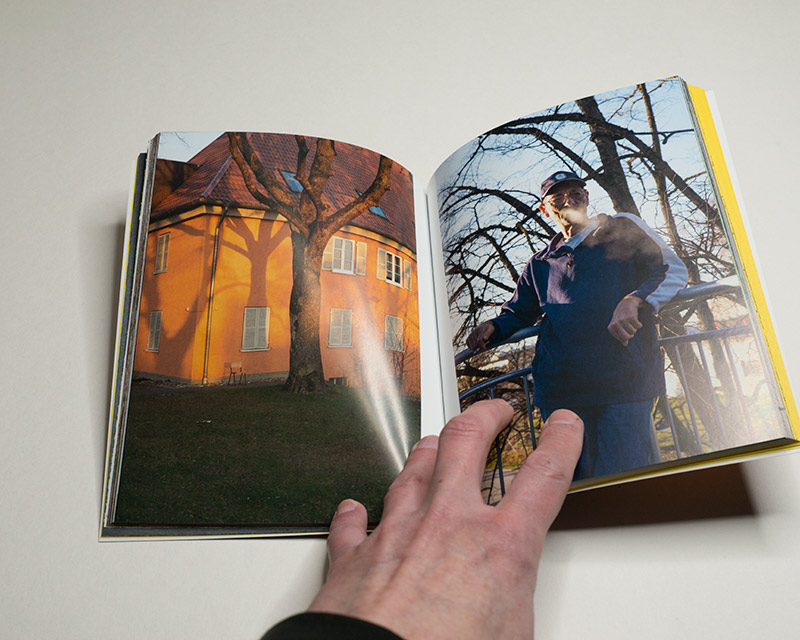 But there is something else about that location, something around its atmosphere, an atmosphere that is decidedly German. If you visit Germany as a foreigner, you will not find that atmosphere unless you move to the less touristy parts. I have a hard time describing this atmosphere other than saying that to a large extent it was responsible for me looking for a different place to live.

Even if I have to come re-assess this atmosphere and now partly welcome its presence (there is some comfort in being in a familiar environment), even if that familiarity is not necessarily pleasant, to some degree I am still repelled. For me, it’s an atmosphere of a people that could be more open to the world but have decided to hold back. In part, this is why you won’t find it in touristy places with their welcoming and cool looking facade on view. 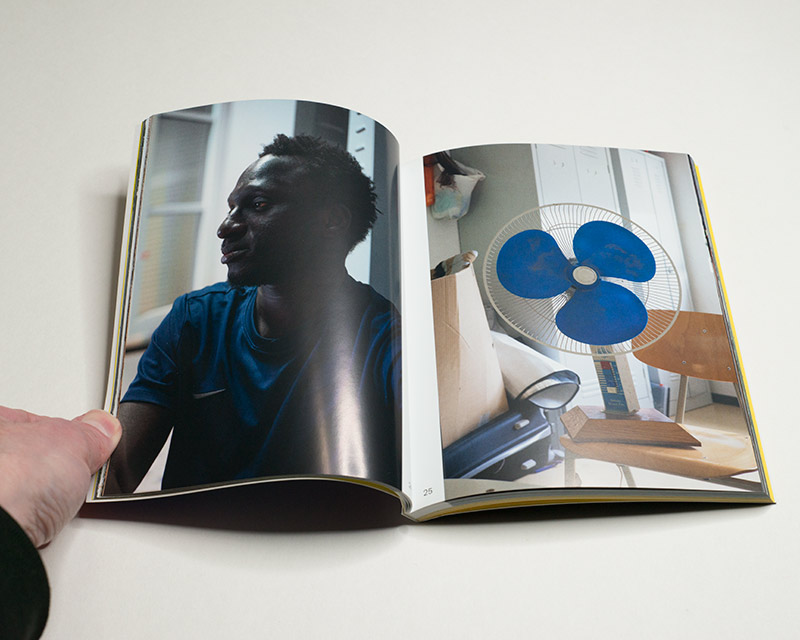 For all its welcoming culture (the facade again), Germany has often made life difficult for those seeking shelter and protection there, especially if the colour of their skin isn’t milky white, if they’re not Christian, or if they’re from a very different culture (or any mix of these). Just now, at the time of this writing, Germany’s conservatives are grumbling again about how people have to fit in (the supposed firewall between the country’s conservatives and far-right people is about as protective as a shoji).

You’ll obviously be reading this review with someone else’s eyes, most likely as someone from outside of Germany. To what extent you’ll be sharing my impressions when looking through the book isn’t clear to me. I wager, though, that if you look carefully, you’ll pick up on aspects of what I described above, aspects of a very strange country that has partly come to terms with its terrible 20th Century past but that still refuses to learn some of the remaining lessons.